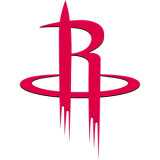 Just slightly less easy to predict is the only team they would be trailing. That would be the team that allowed 107.7 points per game last season, good for second-to-last, the Houston Rockets. This season, the Rockets are allowing just 88.9 points per game. Sure that number dropped quite a bit, since they allowed just 65 points to the Thunder on Sunday, but facts are facts.

Here’s how Trevor Ariza, the lone major acquisition in the offseason has positively affected the Rockets defense. This from NBA News release:

According to NBA.com/stats, Ariza is on seven of the Rockets’ eight best defensive lineups. The Rockets’ defensive rating is 89.1 when he’s on the court and 98.4 when he’s not. Usually tasked with defending the other team’s best perimeter player, he’s held opponents to 5.3 percent below their regular field goal percentage and 10.2 percent under their three-point percentage. He’s keeping players away from the rim too, giving up just 0.9 shots within six feet of the rim per game. His adversary is attempting 64.4 percent of his shots from at least 15 feet away and making just 36.9 percent of them. Ariza also ranks seventh in the NBA steals (1.9 spg). When you consider the Rockets also have All-Defensive honorees in Patrick Beverley and Dwight Howard, along with the rapidly improving Terrence Jones (1.75 bpg), it stands to reason this can be a much improved defensive outfit.

James Harden’s focus on defense also should be noted. After averaging less than 0.5 blocks per game in his career, Harden is getting one, on average, each game. He’s also never averaged even five rebound per game, until this season. He’s averaging 6.6 rebounds per game, with the entire increase essentially coming from defensive rebounding.

How to Kill Time